i have an original un-modified commodore, and it's so much fun to use but the keyboard is just downright awful. the mechanism has plastic pegs resting directly on pcb-mounted momentary switches; the pegs have a large loose spring placed over them and then the keycap is affixed to the peg. perhaps the typing experience was more tolerable when the springs were newer, but even then the mechanisms pale in comparison to the microswitches we have available today. 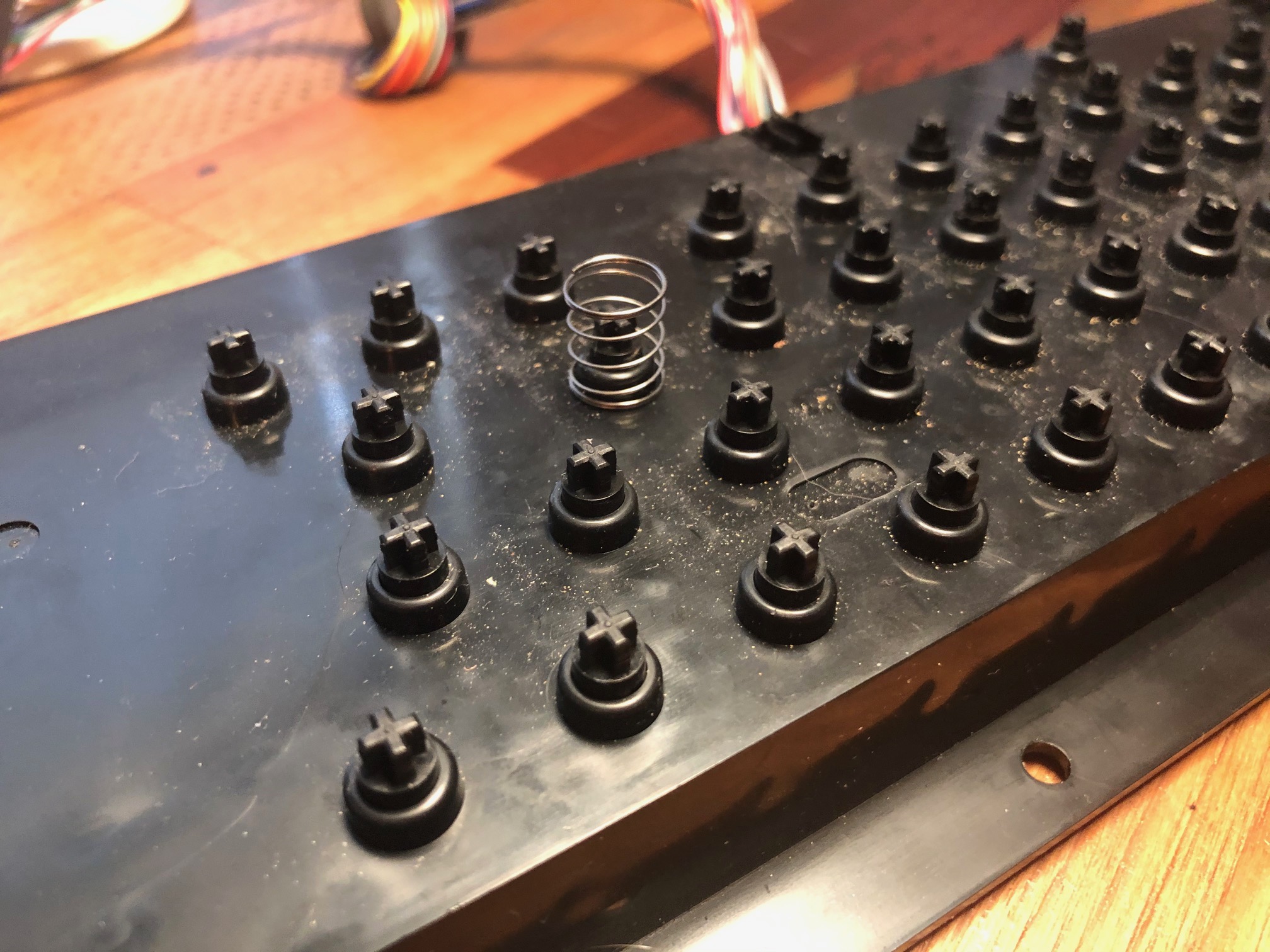 i also have a non-functional commodore (VIC is bad) that i picked up for spare parts. i've decided i'm going to use this commodore's housing to build an unltimate64-based modern commodore, and while i'm at it, i looked into what the community has been doing w.r.t the commodore keyboard. that's how i found the mechboard64. the mechboard64 is a keyboard replacement for the commodore 64 designed by mtnbuffalo using modern cherry mx (or mx compatible) mechanical keyboard microswitches. it uses keycap adapters to mount the original commodore keys onto mx stems, which accommodates for the commodore keycap's larger stem and unusually tall profile. so i went on ebay and found someone selling them! the full kit include a bent-aluminum platemount (mine came powdercoated black!), mounting hardware, microswitches, adapters and stabilizers. i bought what i thought was a kit but turned out to be a fully-assembled unit (minus keycaps). i also bought a spare pcb because i already know i will be doing a potentially-destructive mod. the commodore keyboard had one feature that doesn't exist on modern keyboards: the shift lock key (sort-of the equivalent of modern caps lock) was a toggle switch; meaning when you enable shift lock, the key remains in the down position. cherry mx did make a latching microswitch, called the mx lock, but it has not been made for some time and is very difficult to get ahold of even in the aftermarket. the mechboard64 solves that by adding a shift lock circuit to control the toggling and a switch with a built-in LED to indicate the state. but i really love the latching shift lock feature of the commodore. it's one of the things i show people when they ask about my old computers. i can't get ahold of an mx lock switch, but i do have a functioning shift lock toggle switch from the original keyboard. let's see if i can use that! the contacts for the commodore switch don't line up with the pcb, and anyway, the commodore switch is much taller than the modern microswitches. fortunately, the footprint is the same, which means it does fit right into the plate-mount bracket and the clips hold it firmly in place just like all the other keys. unfortunately, the clearance between the plate and the board is nowhere near enough for this switch. i'm going to have to cut the board. 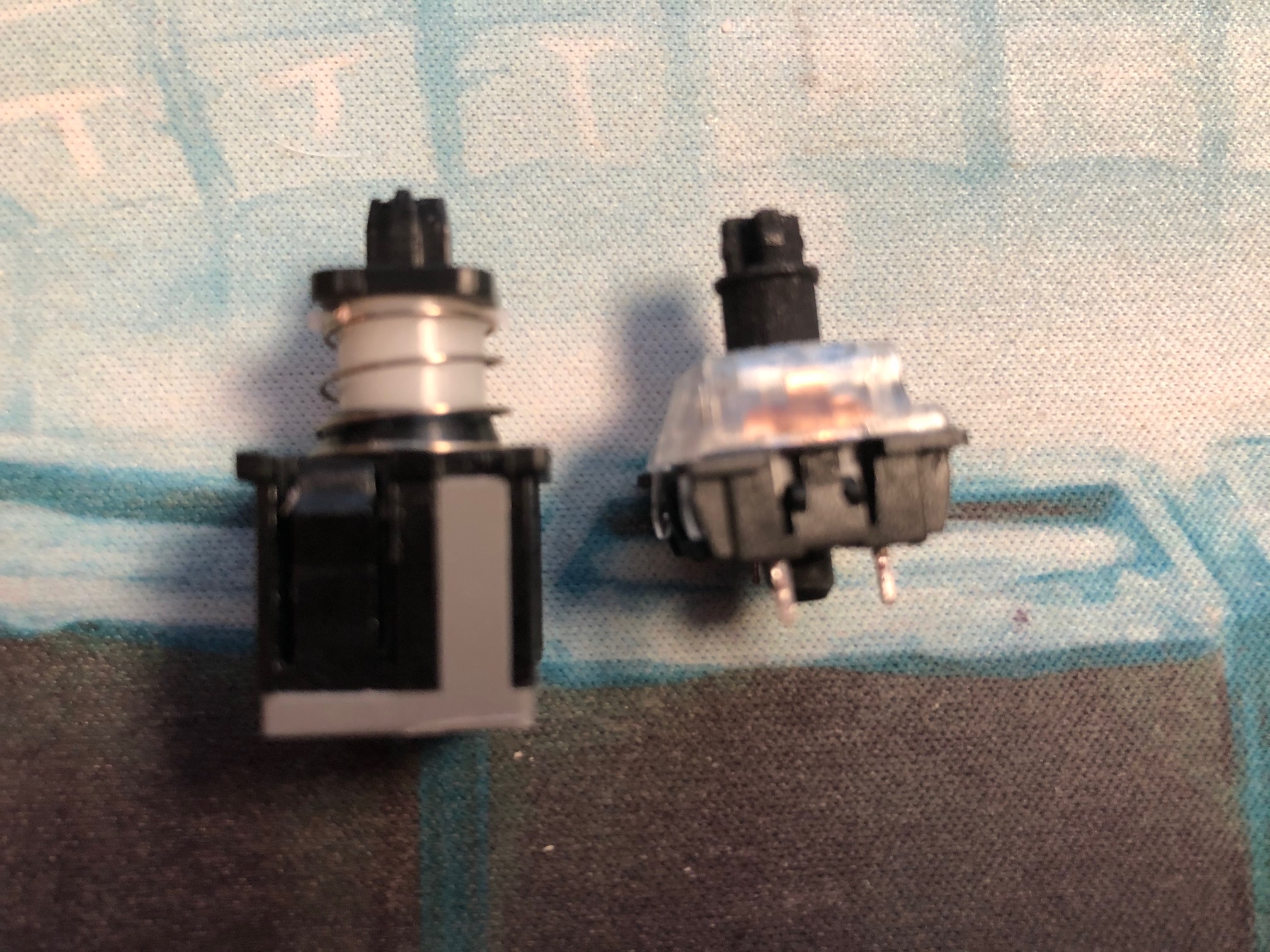 the board appears to daisy-chain the ground signal from key to key, as expected for a keyboard. however, because of the shift lock circuit (which is designed to be disabled via a jumper if you are using a real latching switch), the shift lock key appears to have its own dedicated jump pads -- meaning the contacts for that key specifically are all routed to jump pads in the corner and then onto their real destinations from there. wow, i think mtnbuffalo specifically designed the board so this section could be cut out if needed! that's nice, because i've never done this before. 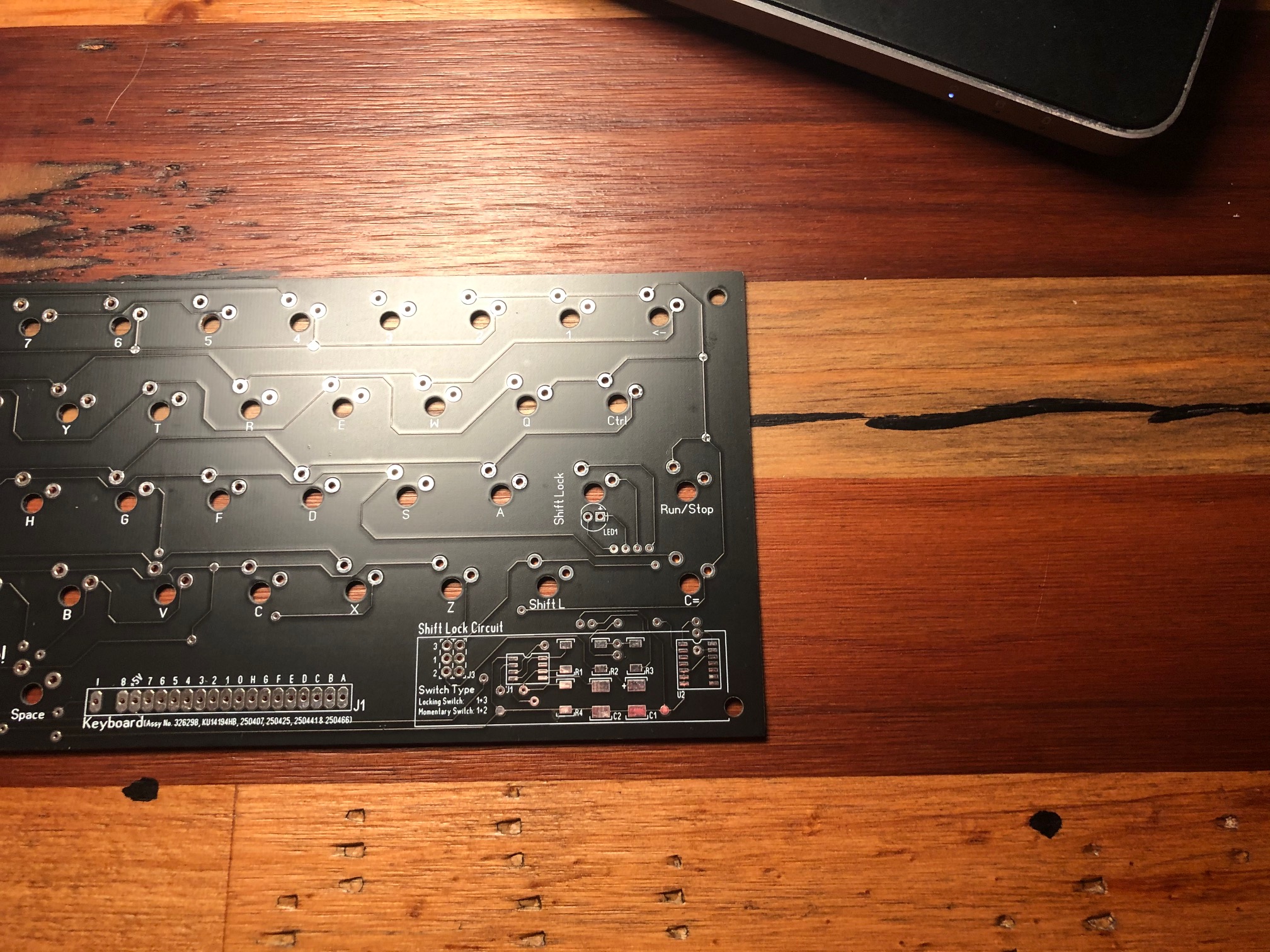 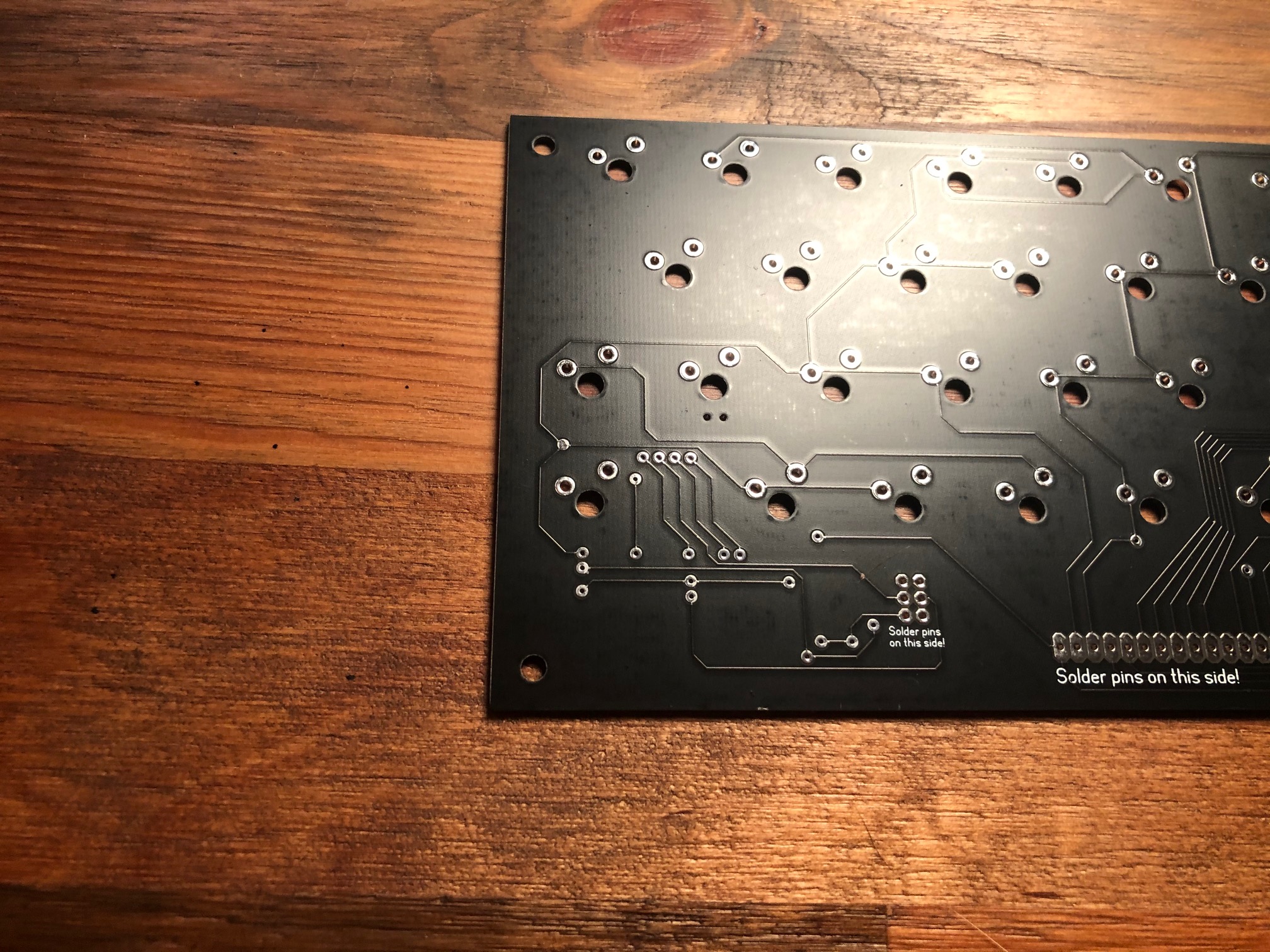 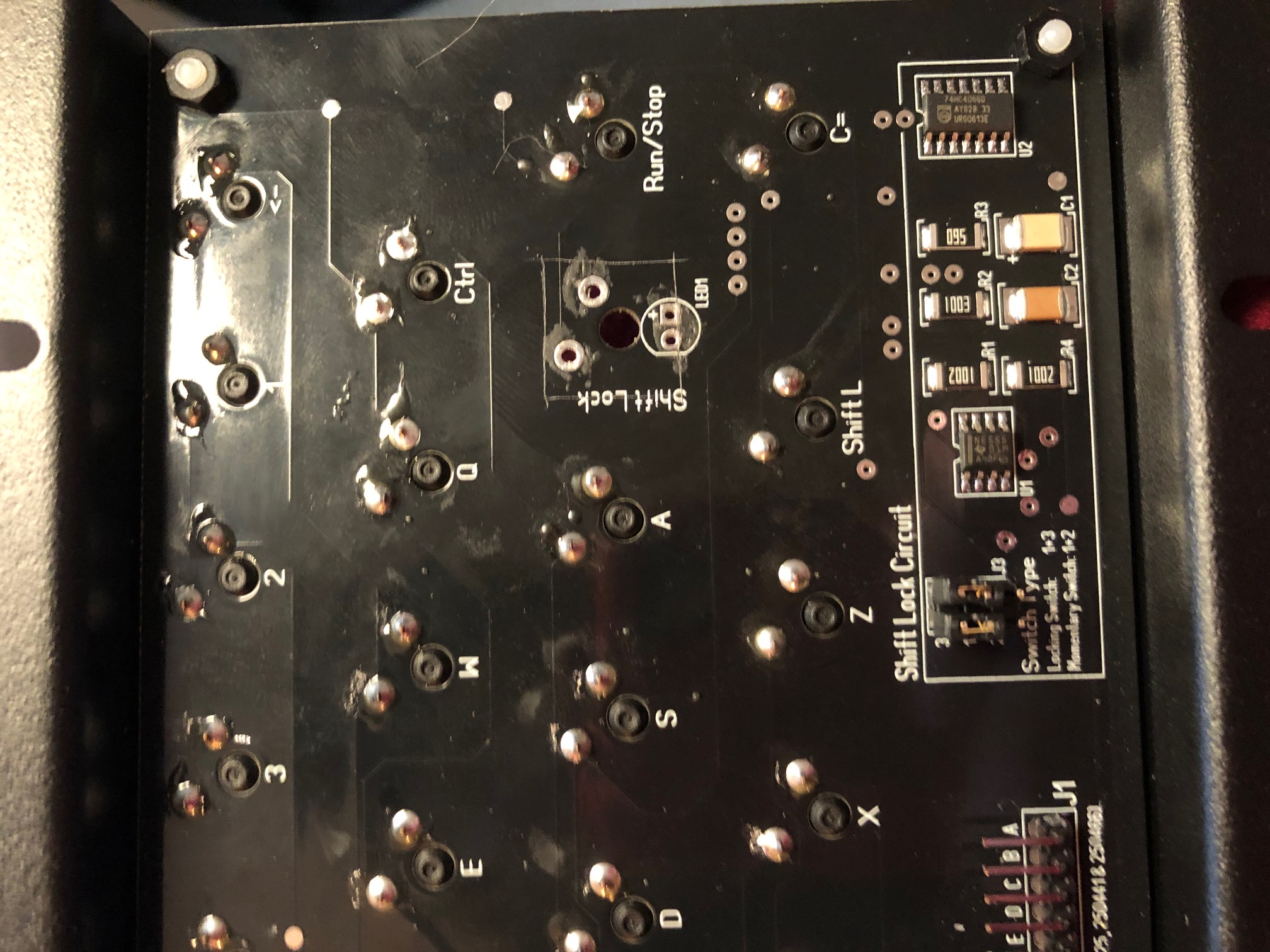 a coworker, eyal, gave me some advice on doing a cut like this. so i marked my cuts, got my dremel, and went to work. i used a circular cutting blade to start with, and a cone tip for the corners. the end result is a little rough (the tool slipped around sometimes) but looks not too terrible overall. i did accidentally cut too high and sliced a trace on the top side, so i had to add a flywire to fix that, but it works! 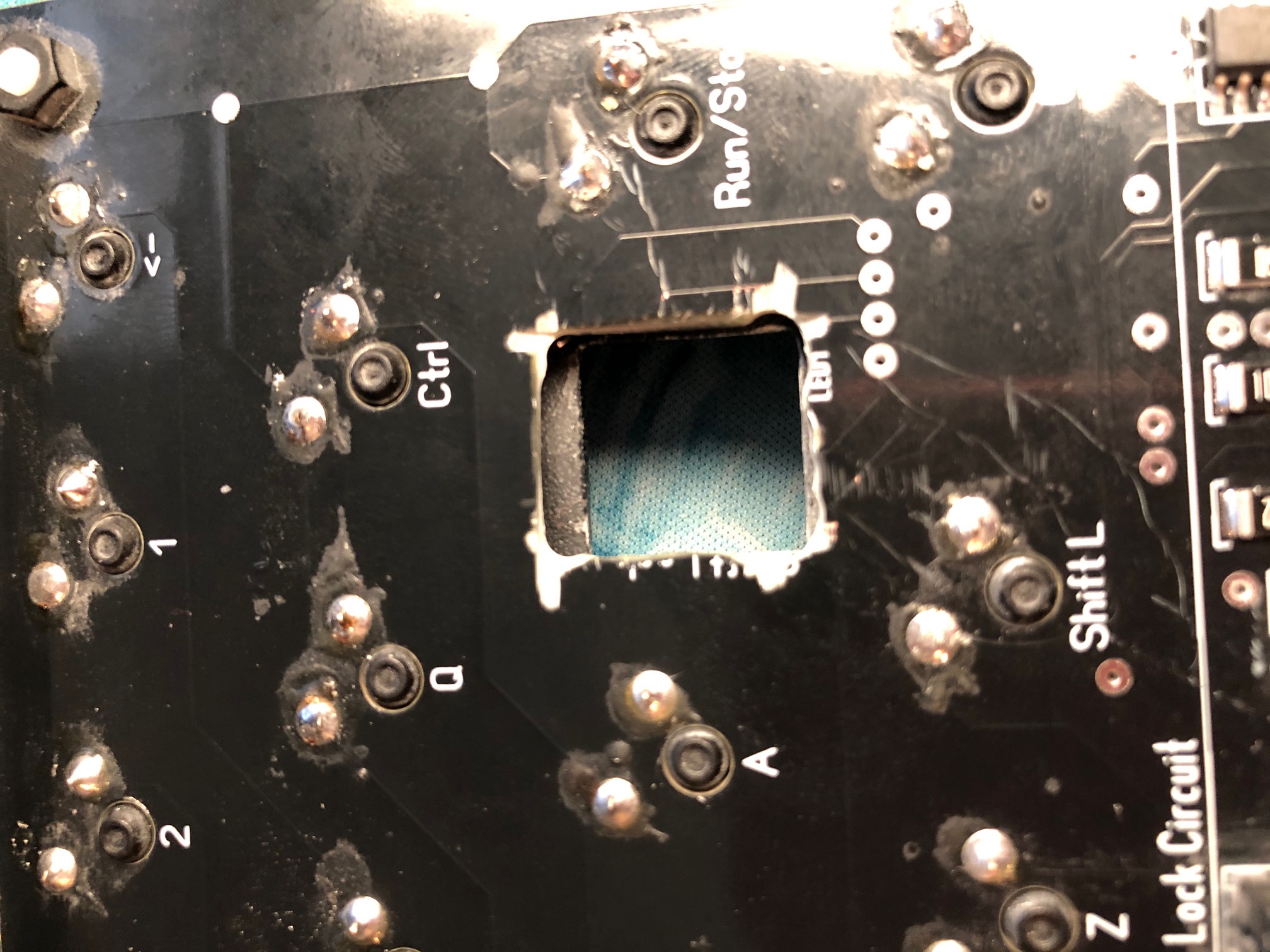 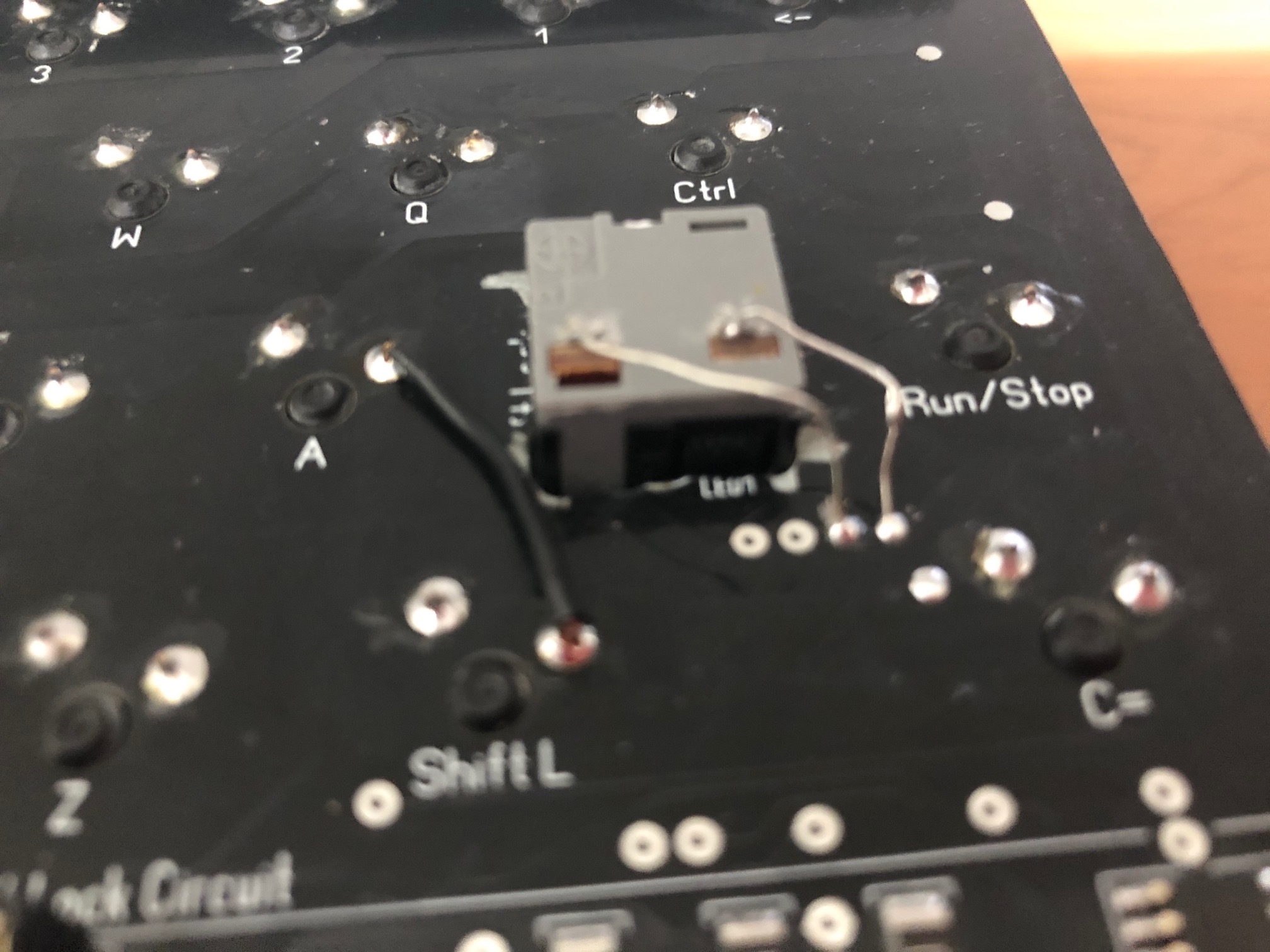 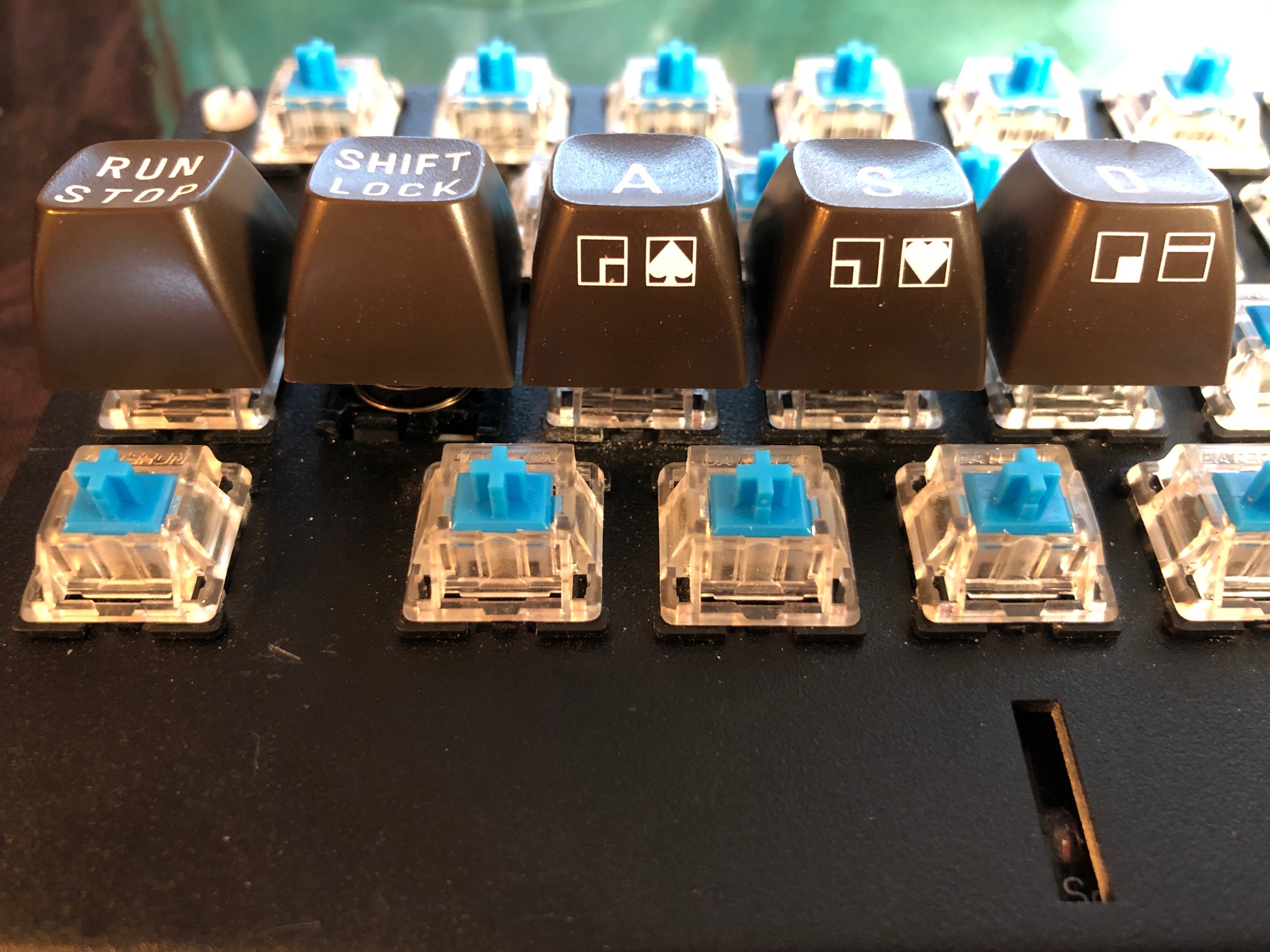 i'm still fiddling with the stabilizers and coasters. i think i need to do some manual fit and finish work to reduce friction. i'll post again when the ultimate64 board arrives - it's in customs (from germany) right now. 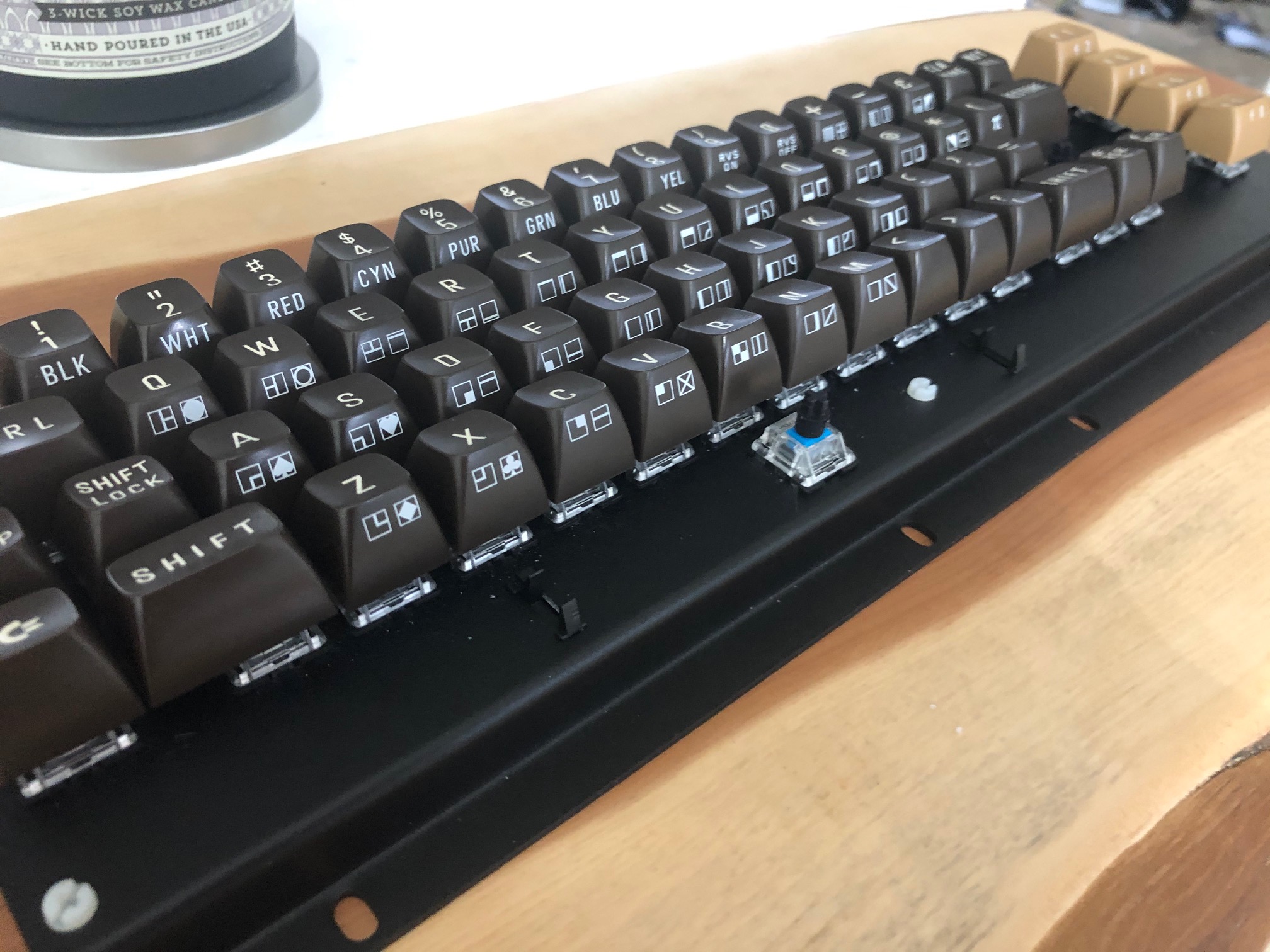